A Pre workout you’ll find in the shelves of any supplement store is Pre Jym.

What makes it so special?

The difference between Pre Jym and other pre workouts is that it has a scientific based formula.

Unfortunately, with a lot of pre-workouts, you don’t know exactly what they contain. You’ll see some strange blend of ingredients which is often used to cover up cheap and ineffective ingredients.

Well guys, I have some good news..

This is not the case with Pre Jym!

It doesn’t contain any sketchy proprietary blends. This pre workout has nothing to hide, which is refreshing to read.

In this article, we’re going to be checking out if Pre Jym is worth taking and how it compares to other popular pre workouts! 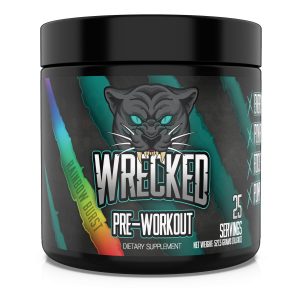 If you’re looking for a high-quality and effective product, check out Wrecked. It contains a 100% transparent formula and science backed ingredients. It has a total serving size of 21.1 grams and includes 18 ingredients.

The creator of this pre-workout, Jim Stoppani hand-picked each and every ingredient in pre-Jym.

It’s time to see what this pre-workout is all about. We’re going to be taking a look at the ingredients Pre Jym contains.

The first thing that caught my attention was that all ingredients are clearly described. That’s right, no proprietary blends at all.

For me this is quite important, I want to know what I am putting into my body.

This pre-workout contains a high amount of caffeine (300mg). If you are sensitive to caffeine make sure to start out with just half a scoop to assert tolerance.

I’m going to be completely honest with you guys, this is a solid pre-workout formula.

It contains all the necessary ingredients such as Citrulline Malate, Beta-Alanine and Betaine.

Based on what I’ve read about this pre workout I decided to give it a try so make sure to keep reading!

Because I wanted to provide you guys with my personal pre jym experience, I decided to go ahead and order a tub online.

I’m a big stim junkie and have used many different pre-workouts, including the ones that contain DMAA and DMHA.

I’ve read a few Pre Jym Reviews and it seems to be hit or miss for some people.

One thing you should know is that Jym Pre is a quite expensive pre-workout.

You’ll pay roughly €40 ($45) for 30 servings which are pricey compared to other pre-workouts.

However, let’s get down to business. The first thing I noticed was that it comes with a huge scoop. The scoop holds approximately 26 grams of powder which is a lot.

I decided to take one scoop on an empty stomach roughly 30 minutes before my chest workout.

I went with the Cherry Limeade flavor which was actually very good. I had no problems with downing this pre-workout!

After about 20 minutes I slowly started feeling the effects kick in.

The main effects I felt from Pre Jym were:

To be completely honest with you, I wasn’t that amazed by the effects of the Jym Pre.

Don’t get me wrong, it gave me a decent workout but I was expecting more from it. Mainly because it’s quite hyped up with the scientific-based formula and all that.

If I had to compare this to the other stuff I’ve taken I would say its average at best.

The formula is solid but for me it was missing something, it’s hard to explain. I think there are better pre workouts on the market.

You also have to take into consideration that a tub of Pre Jym pre-workout costs significantly more than most pre-workouts.

Again, this is just my personal unbiased opinion.

Another popular pre-workout is Pre Kaged. You’ll find a lot of people that rightfully compare Pre Kaged Vs Pre Jym.

Having used both Pre kaged and Pre Jym it’s safe to say they are equally effective.

In case you didn’t know, the formulas are almost identical.

This means you’ll pretty much experience no difference when it comes to Pre kaged Vs Pre Jym.

Both will give you a good pump, energy and focus. One scoop of each of these pre-workouts is plenty to get a good workout in.

I do want to add that Pre Jym tastes significantly better than the Pre kaged. I actually had trouble drinking the Kaged pre workout because it tasted very strong.

If you’re interested in trying a pre workout that is much more effective than both Jym Pre and Pre Kaged, check out Wrecked.

You’ll find that the product is far more superior than other formula’s on the market.

If you’re budget allows it and you want to try a different pre-workout, go ahead.

But to be honest, don’t expect anything crazy. It’s a decent pre-workout that will get the job done.

If you’re looking for a solid pre-workout that will help take your workouts to the next level, I have just the thing.

I found Wrecked. to be significantly stronger than Pre Jym. It’s a no-crash scientifically-based formula that will increase focus and strength. 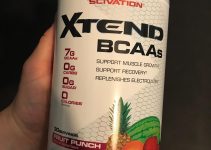 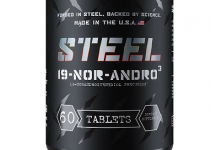 Remi Needham is a Bodybuilder and has a degree in nutrition, fitness & health. He is one of the most knowledgeable authors on BlueCloud. He has a lot of experience with the use of many performance-enhancing compounds. Remi has written hundreds of articles on working out, nutrition and health.

Uncensored Information About Bodybuilding Directly Into Your Inbox (LIMITED SPOTS).